I was wooed with the idea of winning. After reading about a new app, I downloaded it immediately. Over the course of the next week I responded to each notification within seconds. I even updated the app when prompted. All this – for a free burrito.

Developed by the brilliant team at MSCHF, the app called “Burrito Time” was built for the Mexican restaurant Dos Toros. At seemingly random moments, @Pintotheburrito sends out an alert for a free burrito.

If you open the app fast enough, it’s all yours. Two weeks and four app updates later, I’ve yet to win – but remain hopeful and continue trying. These guys are on to something. 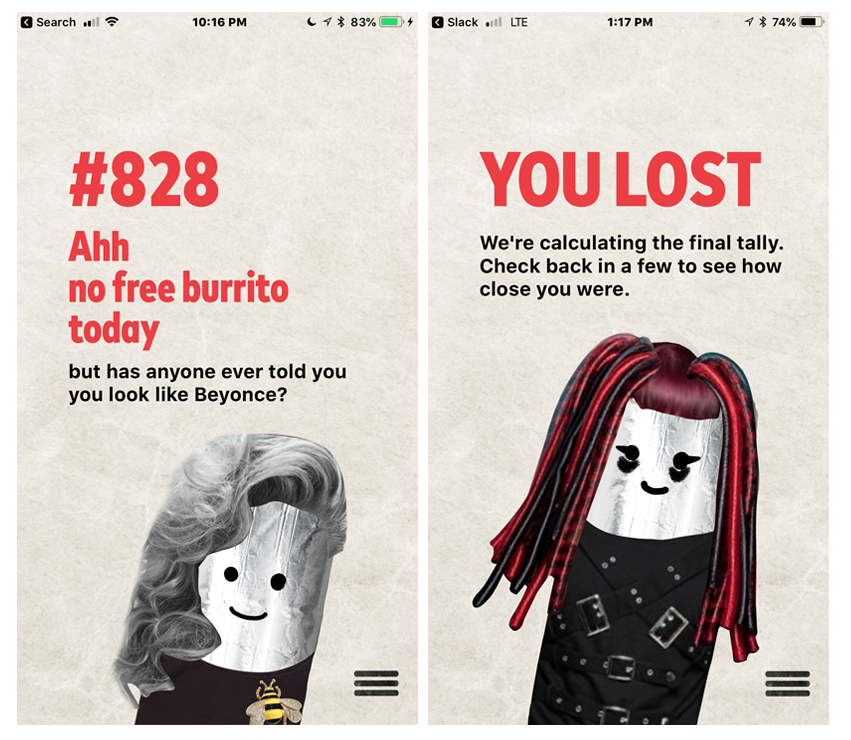 Gamification itself is nothing new. Since the analog days of “guess how many jellybeans are in the jar” the object has remained the same. Give the customer a chance to win something and deepen the relationship in the process.

We humans are hard wired to play games, in fact it gives us a rush. During game play, dopamine floods the reward centers of our brain when we win and compels us to continue when we don’t.

“Before turning 21, the average American has spent 2,000-3,000 hours reading books and more than 3x that playing video games” – Play at Work: How Games Inspire Breakthrough Thinking

Given the rise of mobile commerce and social media – digital is teeming with opportunities to game brand experiences and deepen engagement in the process. Internet seer Mary Meeker agrees.

In the 2017 Internet Trends Report, Meeker calls interactive games “the motherlode of tech product innovation” saying “Gen X and Millennials have been gamified since birth.” One industry with particularly strong potential is fashion as women comprise a core part of the gaming landscape.

Considered by some as “Gen Z’s dream mall” four-year old shopping app Dote plays the gamification game well. Having recently launched its own clothing line – which sold out in three hours – the app rewards users with “coins” for checking the app. Coins can be redeemed for a range of rewards from coupons to being featured on the app’s Instagram accounts.

Playing into the selfie subculture, “coins” can be traded in for a real life photoshoot complete with a professional photographer dispatched to the winner’s home

With 140 participating brands including top retailers like Colourpop, Madewell, Brandy Melville, and Urban Outfitters among others, Dote is locking in its position in the leaderboard.

Never one to take a back seat, the Nike + Run Club app also embraces the gamified approach. With close to 30 million users, the app rewards runners for completing challenges and connects them to other users – building brand loyalty and community around a shared passion.

Challenges sent out by the app foster a healthy sense of competition and motivate players to break their personal records. Badges and other prizes incentivize players to do some social media humble bragging – further driving word-of-mouth and engagement. 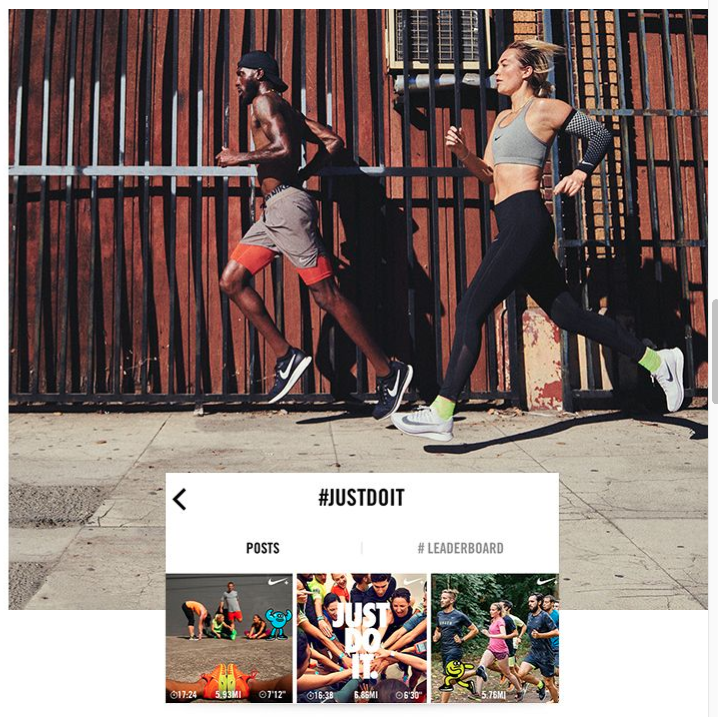 The benefits of gamification extend well beyond burritos, fashion and sports into real world health and wellness. Created by behavioral economists at Yale University, Stickk is a free goal-setting platform that influences behavior change through loss aversion and accountability. In other words, pay up if you don’t meet your goals.

By gamifying the self-care process, Stickk has sparked over 416k commitments to goals like losing weight, exercising or anything else imaginable

If the going gets tough, you can bring in a “referee” to help push things along, which “ups the success rate to 61% for goals related to money and finance”, says Jordan Goldberg, the company’s chairman.

Combining the rise in popularity of live social media content and gamification, HQ Trivia hosts two live game shows daily (3pm and 9pm) for millions of players. With the potential for many winners in each game, the app has clear appeal, especially with their core audience of 13-24 year olds. 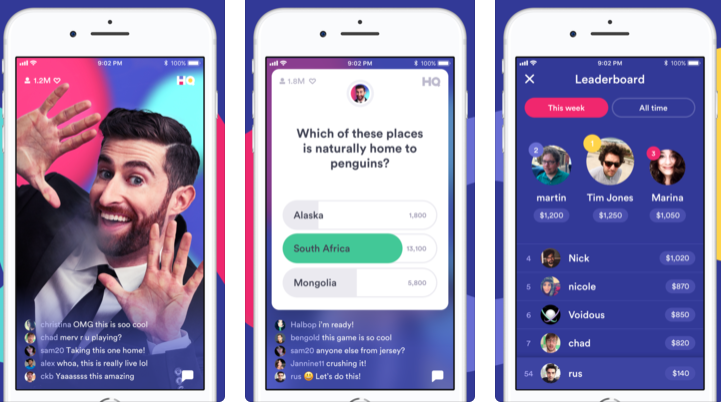 Brands like McDonalds, NBC, Warner Bros and others have come on board as sponsors. With a minimum media spend of one million dollars, things seem to be going well for the maverick mobile game show.

Gamification has also been embraced by luxury brands, especially in China. A side effect of the country’s one child policy, many kids grew up gaming alone, and built their social connections online.

Luxury brand games build awareness and often include elements of the brand’s origin story, ensuring intrigue at the top of the funnel

The Hermes app (shown above in header), called “H-pitchhh” is based on the classic game of horseshoes evoking the brand’s early days as a harness maker. Dior and Guerlin have launched popular games on WeChat as well.

As millennials and gen z consumers continue to block ads, become ever more skeptical of brands and pay increasingly less attention to paid media, brands need a new way in. Games can break through. The notion of play can bring down resistance levels and win engagement with this jaded and often elusive segment.

In order to be successful, gamification experiences need to reflect the brand personality, be fun to play and have a strong social sharing component. Rewards can be anything players deem valuable from cash, to points or products –even something as basic as a burrito.

Anthony Cospito, Dos Toros, Game, HQ, MI&C
Contact
SIGN UP FOR WHAT THE KIDS ARE WATCHING, OUR ORIGINAL CONTENT SERIES ON THE LATEST TRENDS AND MEMES

Contact
We use cookies to ensure that we give you the best experience on our website. If you continue to use this site we will assume that you are happy with it.Ok